When most of us exercise, we tend to focus solely on the body. But a new generation of trainers is championing the benefits of exercising both the body and mind at the same time.

The perceived wisdom says that by doing both at once, we can train ourselves to be better equipped for dealing with with the various demands, stresses, and decisions that arise on-the-fly in our chosen athletic pursuits or, more broadly, in life in general.

Nam Baldwin, originally from the UK but now settled on the Gold Coast, is one such trainer. As director of Equalize Training Company, Nam’s helped pioneer a range of progressive training methods in Australia and has worked with the elite athletes – such as Mick Fanning, AFL star Travis Boak, and Olympic canoeist Jess Fox – to help them take their respective skills to the next level.

RedBull.com: Nam, who are you and what do you do?

Nam Baldwin: I’m what might be called an ‘elite performance specialist’. I look at performance in sport in particular and go, ‘OK, how can we bring three main modalities together and work with them?’ The first of those modalities is improving a person’s skillset, related to their chosen discipline. Secondly, it’s improving the ability for them to use their body effectively. Thirdly, it’s about training their mind. It’s about making sure that they’re not just going to the gym to train their body and hone their skills but also incorporating some mental work too, right in the middle of it all. 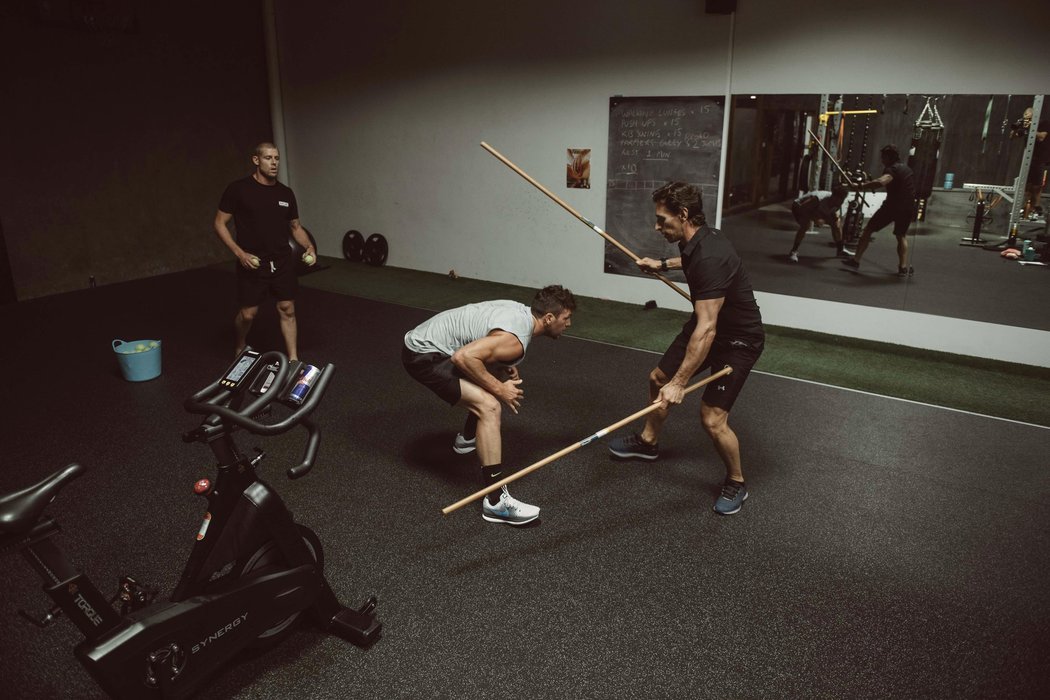 How important is it for athletes to have control of their mind, if their end goal is to be an overall healthy and elite performer?

It’s probably the most important thing, especially when it comes to sport and general health. The mind is running the show in terms of how a person is going to take action, what they’re thinking, their performance – it’s all a mind-based space if you like. If we can improve the mental side, we really improve a lot of other areas too.

Just get your heart rate up out and then try and solve some problems. When you get that happening in a sequence, you’re then training both your body and your mind at the same time.— Nam Baldwin

Can you talk us through what your style of training looks like in real life?

A lot of what I do involves bringing athletes into a working environment where we can put them under pressure that emulates their field – whether it’s surfing, AFL, canoeing or anything else.

We then use different techniques that are designed to help them discover their ideal method for dealing with pressure. To do this, we use a really interesting piece of kit called a SMARTfit trainer, which asks an athlete to complete a series of different games while they’re completing physical tasks and raising their heart rate. It’s a fascinating series of events that takes place, because they’re getting challenged on so many different levels.

The idea came from a device designed for kids with learning disabilities, but the sporting world thought, ‘Actually, this could be very cool for athletes, too’.

How did you arrive at this particular method of training?

Being a martial artist, a lot of it came from there. When stepping into a ring for a fight, ideally you’re very self-aware, but then you’ve got the real fight or flight response and you need to regulate that. So a lot of the theories have come from martial arts and the training we did.

Also, we started working with Mick Fanning about seven years ago, and it was all about trying to allow him to have a lot of fun with his training, because it got to a point where he was looking for something different, something more enjoyable. Together, we came up with some different concepts and then put them to the test and had tremendous results. 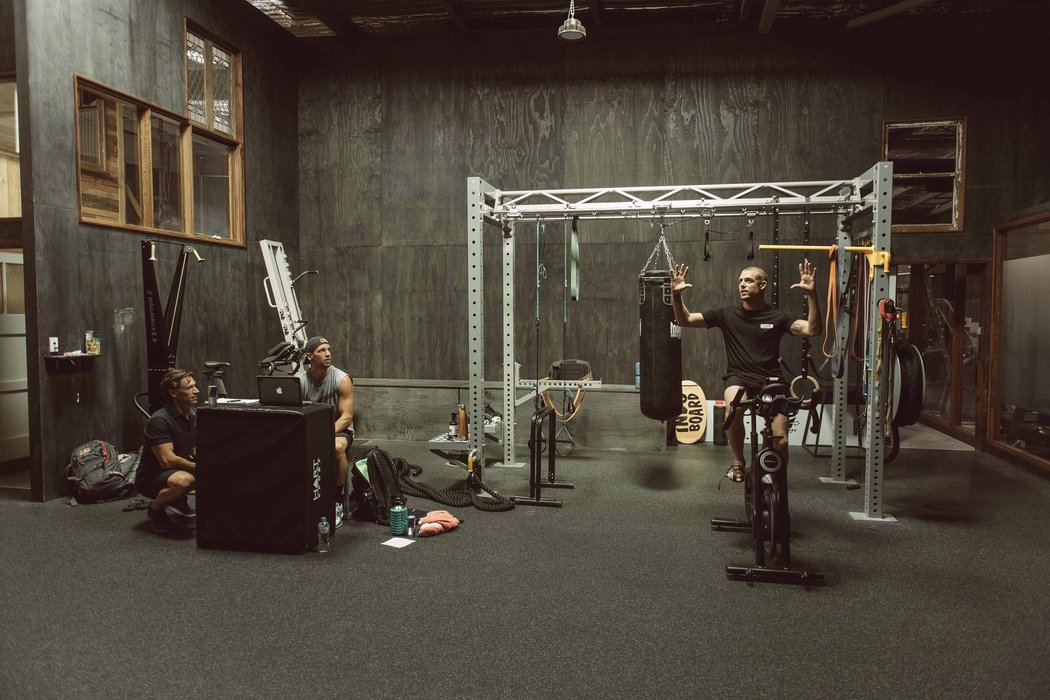 Obviously Mick’s been through a lot in recent years – how do you think your work with him might have helped?

We’ve done a lot of breath work over the years which has allowed him to explore some of the challenges he’s been through and help him resolve those inner conflicts in quite a holistic manner. Obviously physical training is good for physical and mental well-being anyway, but I’ve no doubt the extra work we’ve done on the mental side, and the breathing, have assisted him along the way.

And you’ve been working with Port Adelaide’s Travis Boak, too?

Yeah, we’ve been working on dealing with high pressure situations and helping him self-regulate better in those situations. So he might be standing on one leg while we throw tennis balls at him, then we’ll give him a mental task, and then we’ll try and distract him from that task. We’re deliberately doing things on that level to get him better at regulating his attention when he’s got a high heart rate and having to use finer motor skills and make decisions.

Is there anyone in Australia touting similar methods of training yet?

It’s starting to take off in different places – people are starting to incorporate all sorts of different methods to challenge the mind while training. It’s pretty big with the professional soccer players in Europe already. It’s definitely coming. 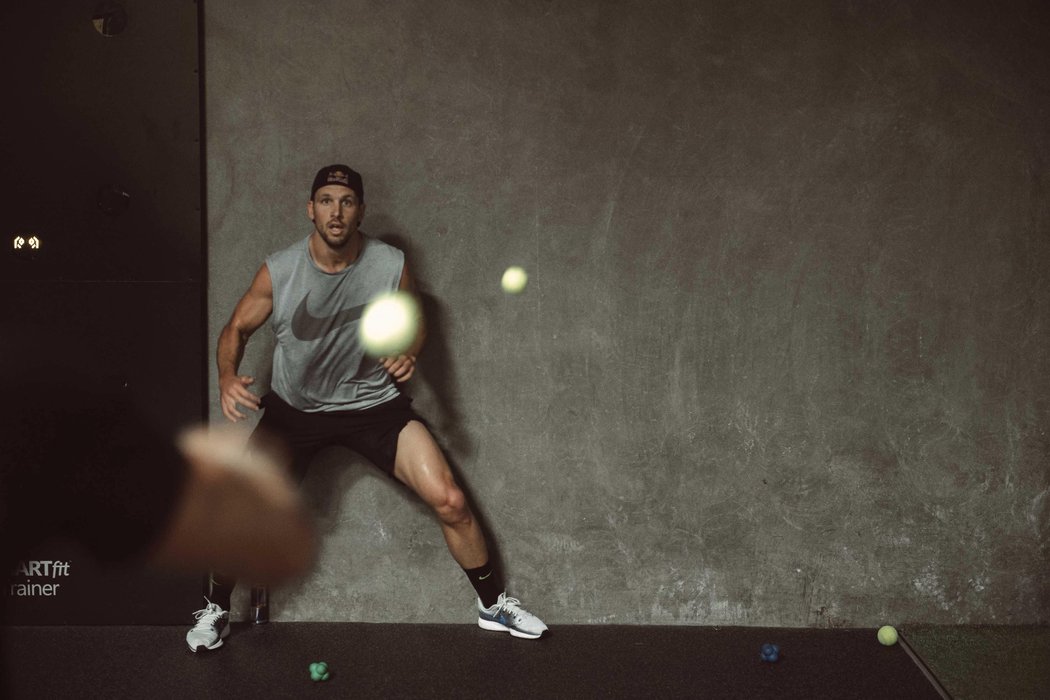 Travis Boak zones in while Nam gets busy with the tennis balls.
© RED BULL CONTENT POOL

Yeah, the breath work has a big connection to mindfulness and that level of self-awareness that allows us to work through things better and resolve conflicts. It’s just about keeping to the fundamentals: body, skill, and mind. The basics are very important – the squats, the deadlifts – all of those things have a tremendous effect on strength, power and speed. But this is sort of the real edge stuff, that 1% that people are looking for.

Mick would do drills he didn’t like, but then we’d give him something else to work on and he’d end up getting out an extra 20 to 50 squats or whatever it was.— Nam Baldwin

Obviously not everybody is going to be able to access a SMARTfit machine. How can us regular folk incorporate this kind of training into our weekly routines?

I mean, you can use tennis balls. I still use tennis balls a fair bit – different parts of the brain become very active when you’re juggling. So you can juggle on one leg, you can do it standing on a wobbly surface, you can then get someone to throw them at you while you try to catch it with the left, or the right, depending on your instructions. There are lot of little fun drills that you can still do that incorporate thinking under pressure. It’s just about getting creative. 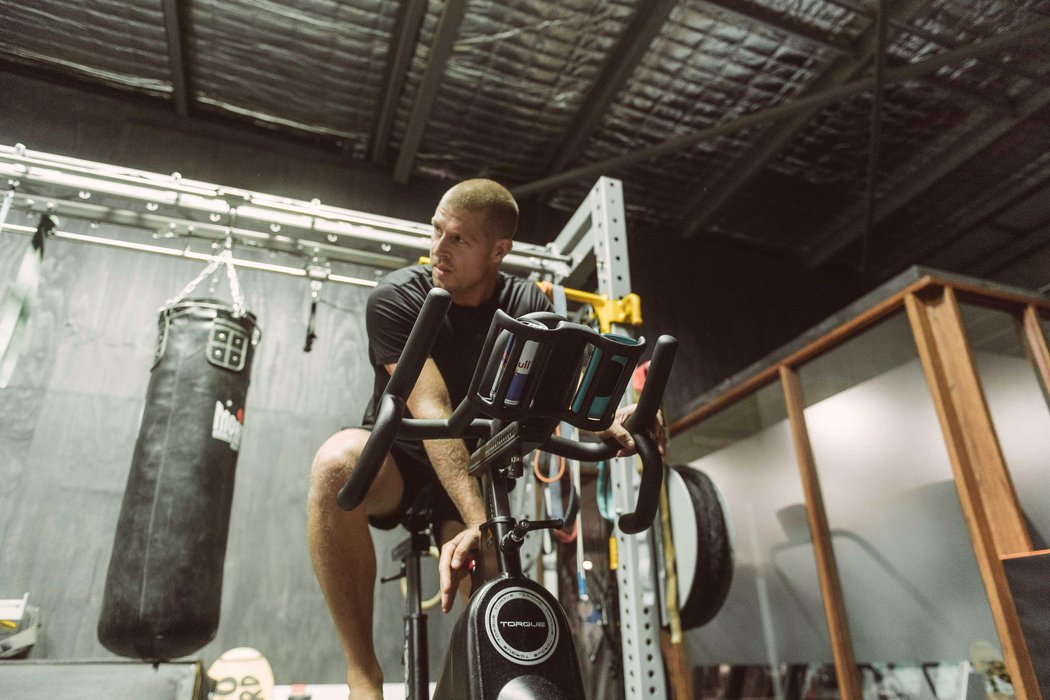 I guess you could download maths, mental arithmetic or problem-solving apps that you can listen to while you train too, right?

Exactly. Just get your heart rate up out and then try and solve some problems. When you get that happening in a sequence, you’re then training both your body and your mind at the same time.

Not only that, and there are a couple of tests that have been done to prove this, but focusing on a mental challenge can actually help you perform better physically. If we’re doing an activity and we find it stressful, what tends to happen is people put their attention on what’s uncomfortable. And that makes the physical experience harder.

But by switching your attention to something else, the physical becomes less of a threat and in effect you can get an athlete to do more work without knowing it. We did it with Mick. He’d do drills he didn’t like, but then we’d give him something else to work on and he’d end up getting out an extra 20 to 50 squats or whatever it was.

It sounds a bit like you’re training a new breed of Jedi athletes.
[Laughs] Yes, absolutely! 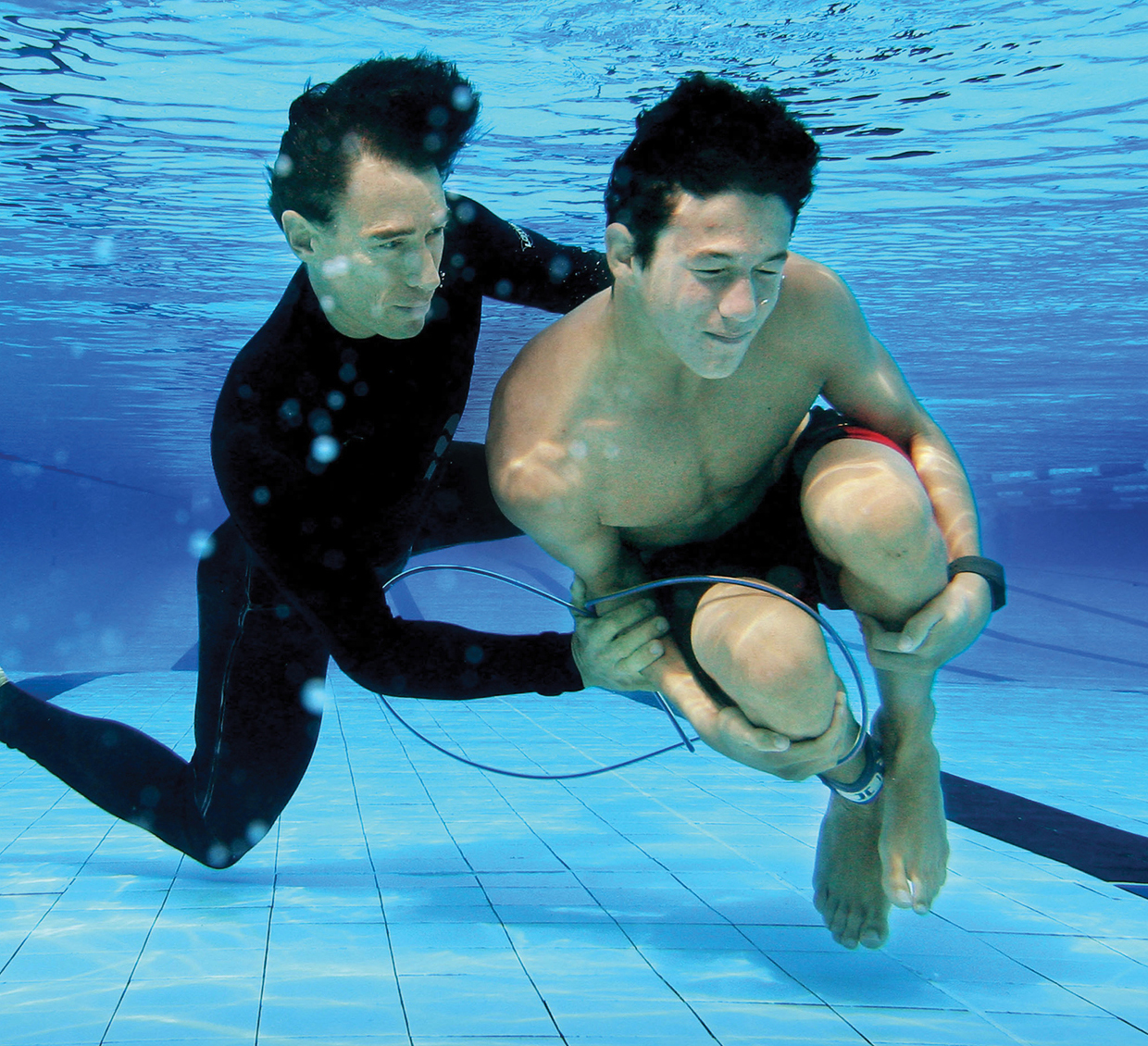